Storm is my eldest cat.

He is a grey tabby and is roughly fourteen years old. He showed up at my house as an adult stray shortly after we moved in. He enjoys lying in the sun but he is very nervous and jumpy. 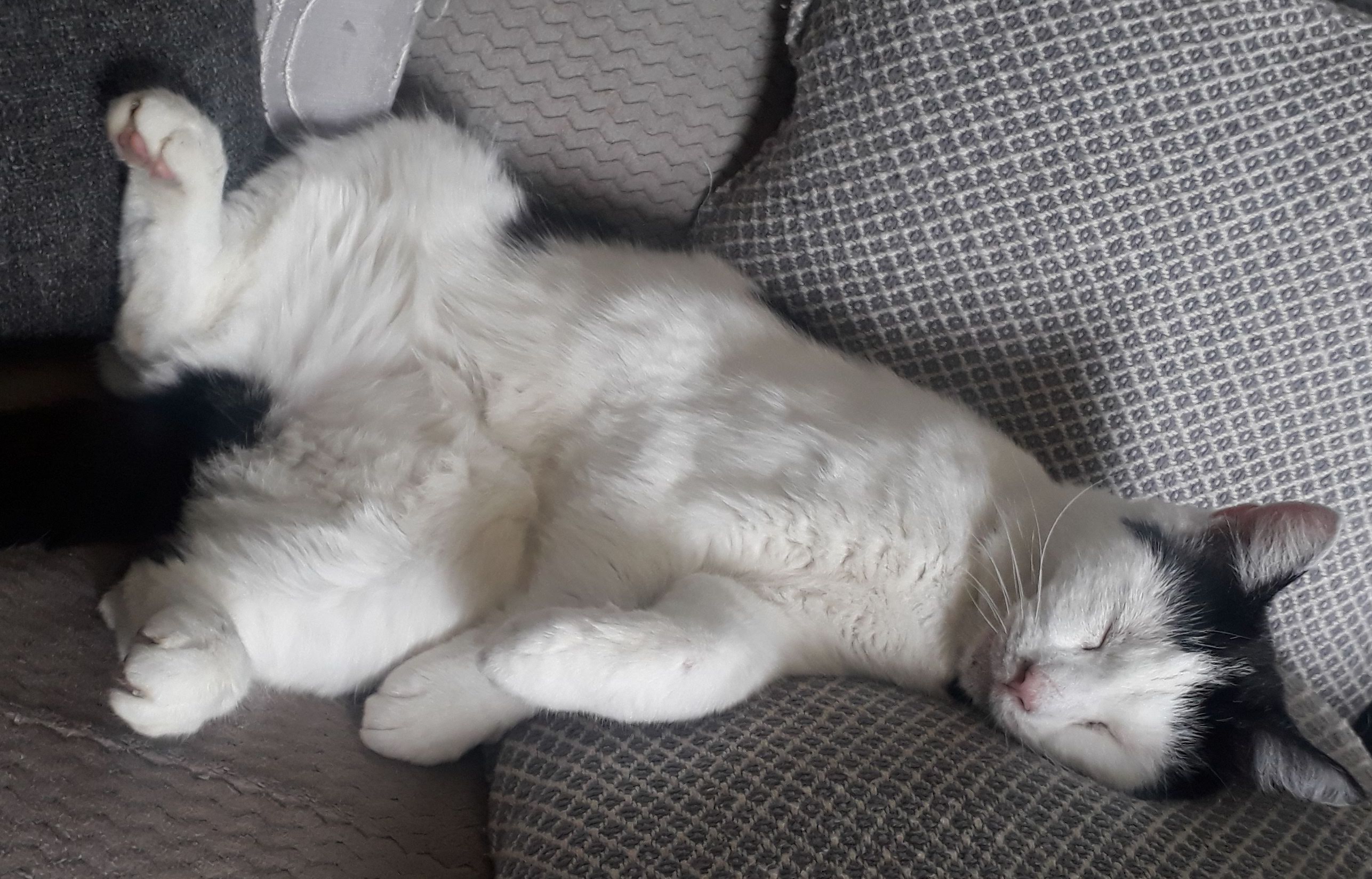 This big lad is rather ironically named Titch.

He showed up in my garden shortly before my tenth birthday. Storm and my late cat Lolly had the poor guy cornered and were growling at him. He was incredibly tiny and only six weeks old so we named him Titch. Here he is, ten years on. 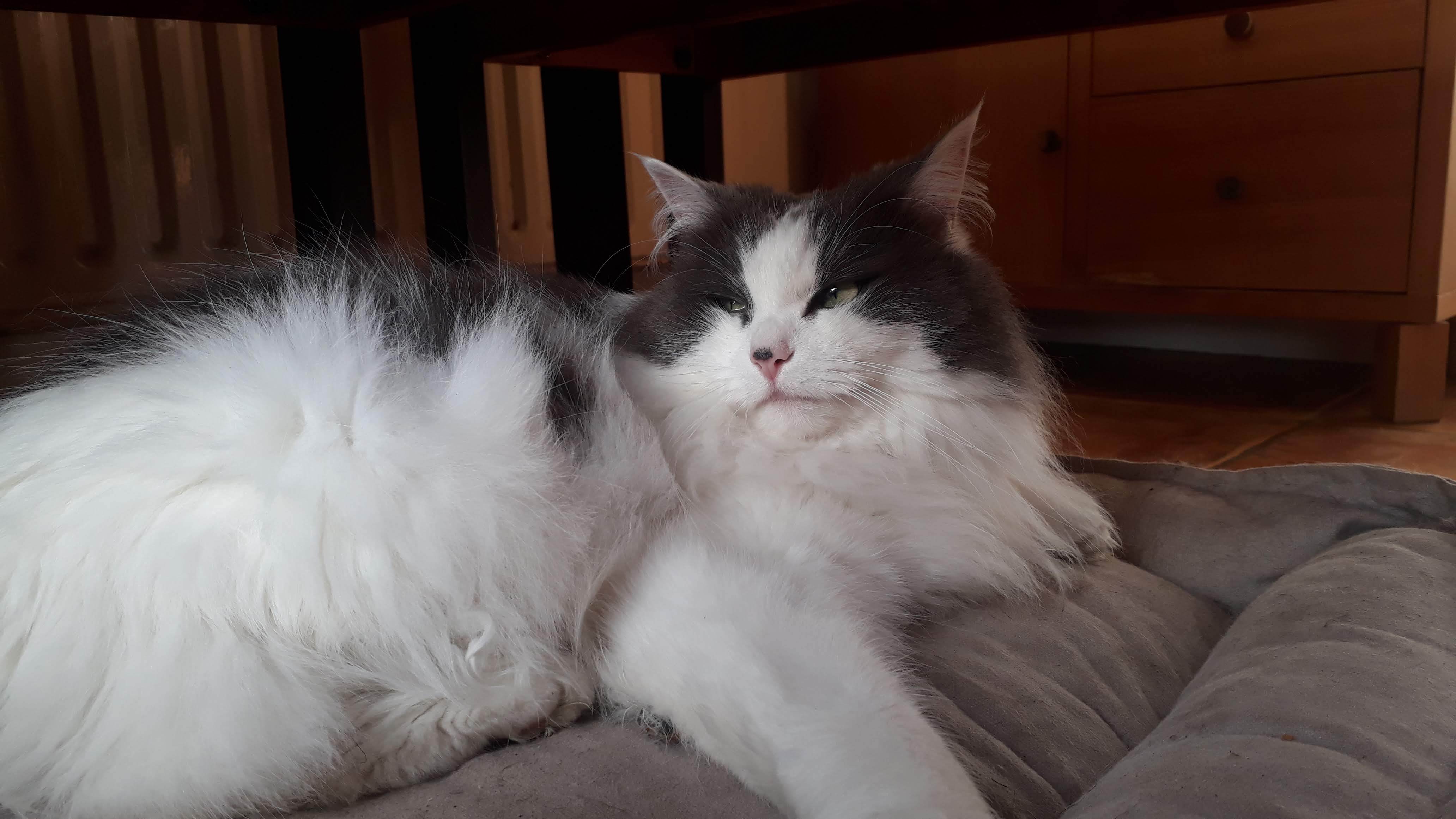 She may be fluffy and pretty but don't let that fool you into thinking she is cuddly - she is the worst tempered cat you'll ever meet. In fact, the first interaction with humans she had involved growling at my uncle when she was just a few hours old. 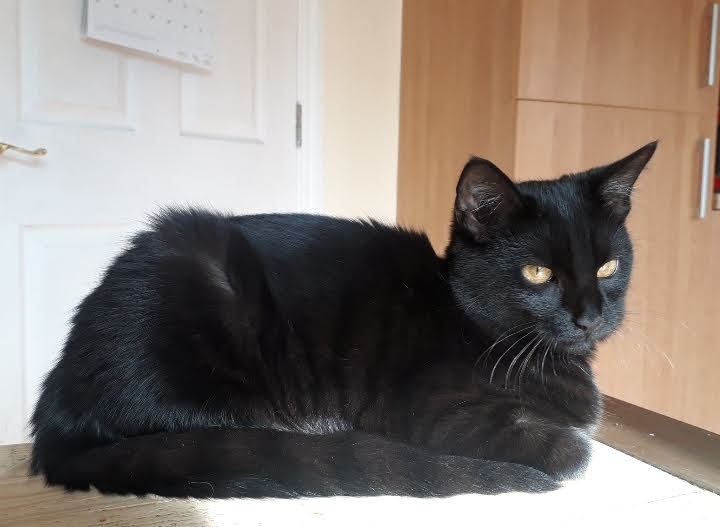 Juno is the baby of my cat family - she is a year old.

We adopted her in June, which is how she got her name. She is the smartest of all my pets and knows how to open pouches of cat food and turn on taps. She is fascinated by water so it's near impossible to wash the dishes without her trying to get into the sink.